radical
adjective
(especially of change or action) relating to or affecting the fundamental nature of something; far-reaching or thorough.
"a radical overhaul of the existing regulatory framework"

inaction
noun
lack of action where some is expected or appropriate

You may not think of yourself as radical - I certainly don't - but there are things I don't do that seem to be radical - to the point where I sometimes do them, just to not be making a statement.
I am inadvertently taking part in radical inaction, just by thinking 'I don't see the point in doing that'.

No, really take it! Or waxing, sugaring (I don't know what that is, but I'll bet it hurts), lasering, whatever.

I used to shave my legs and armpits - of course I did. I didn't grow up as some kind of monster. I just became one.

In the same way I don't really get the sitcom 'Miranda', I don't get removing body hair. I just know that it's very popular and you're a bit odd if you don't like it.

My radical inaction on this is not radical on my part. It's just a 'but I don't understand the point?'
However, nor do I want my inaction (radical or otherwise) to be seized upon as some kind of statement. So sometimes I will shave my legs (literally, as far up as I think they might be seen. 3/4 length trousers = only a third of leg needs to be done).
I am doing this solely to fit in and not be commented on - not because I buy into any real reason for it. Effectively, I am being an (oddly sheared) sheep.

Or take anything to do with looking younger

Again, I just don't get it.
What real effect will wrinkles have on my life? That other people think I'm old? And this is bothersome to me how? Maybe I just am, you know, old. (You're always old to someone!). 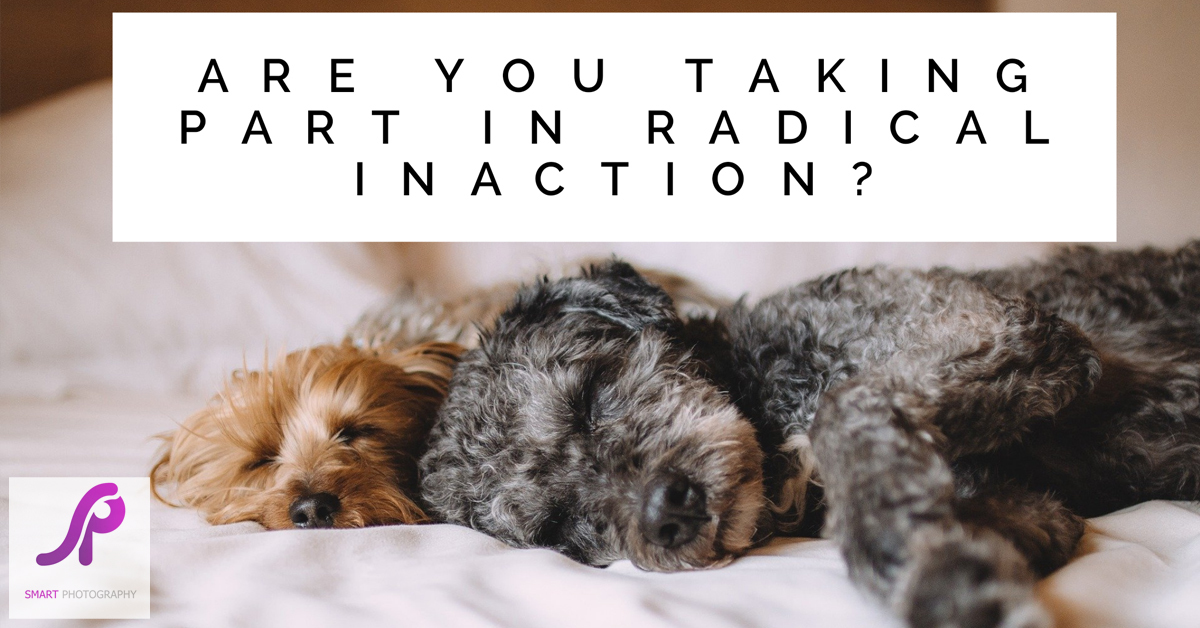 Are you taking part in radical inaction?

You may be taking part in radical inaction, as a woman, if you

- don't have long hair
(there's an article here that suggests it you don't do either of these, you're extremely radical!)

- don't diet/worry about your weight (beyond health reasons)

- don't remove every bit of hair from your body, except for your head (for which you can get a shampoo to try to make sure you keep every hair) - see this article for how radical and feminist this is

- not having children, by choice

(Feel free to add your own thoughts to this list, because there will be many things I have missed out).

You may think you're just being yourself

But when 'being yourself' corresponds with stepping outside of society's norms, you may be taking part in radical inaction, simply by not fitting in.

(Fun fact - on a phone-in show discussing Greta Thunberg, one man triumphantly declared her 'not being interested in make-up' as proof that she's not a 'normal teenage girl'. Now, I don't think that GT necessarily is a normal teenage girl, I think she's extraordinary, but still!).

There is an absurdity to radical inaction

In that I feel it's quite likely that women often aren't intending to be radical, statement making feminists by taking part in it. They're just wanting to quietly go about their lives, not doing some of the stuff that's often taken for granted.

Are you taking part?