Presley the peacock has come home!

When we opened the new studio in October 2020, everything was looking great. The studio was fab, the garden was fab, but...there was just something missing. 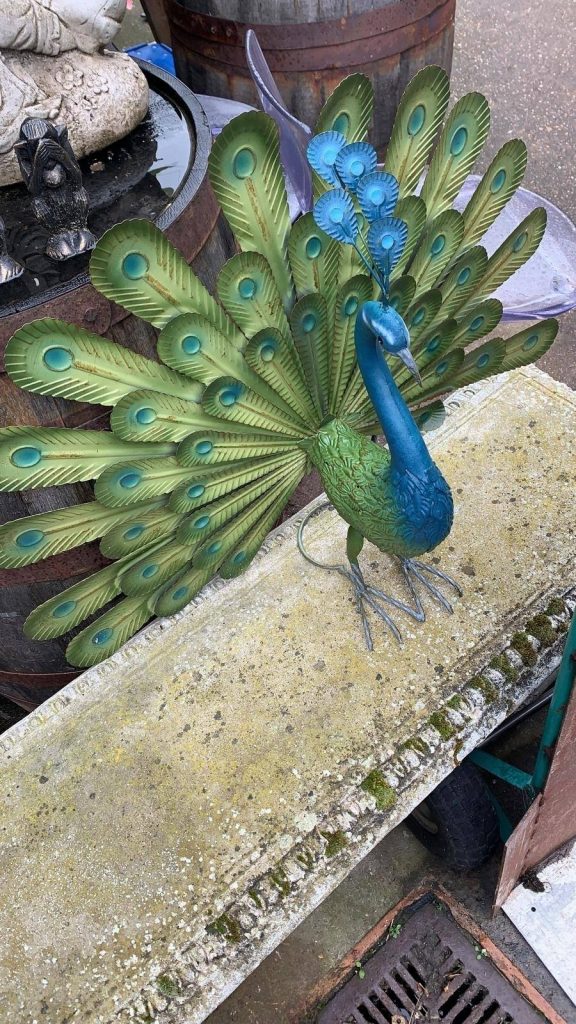 Then my sister, Rebecca, found this awesome peacock for us, and promptly purchased him.

As the studio is in West Oxfordshire, and Rebecca is in Nottinghamshire, we were planning to meet up in November and effect a 'handover' to bring  Presley, as we named him, home.

And then November lockdown happened, so Presley had to stay where he was.

But, we could possibly meet up in December some time?

Presley was not set to come home to us any time soon.

(Truth be told I began to suspect Presely was becoming a permanent addition to my Rebecca's garden... 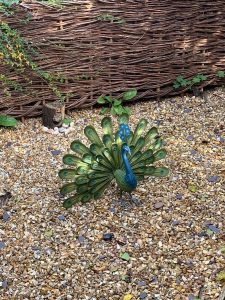 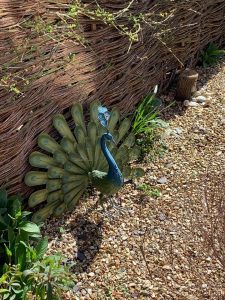 By the time we got to April, I though Presley was destined to never come home. After 6 months, he must be pretty settled in!

Then, Rebecca announced she was coming to Oxfordshire - if the weather was good enough for a socially distanced, outdoor visit, she could come and visit and bring Presley.

We're delighted that the British weather was on our side, and Presley is now home, exploring the garden, before he finds his favourite place to settle.
He will be here to greet you (and is frankly quite considerably calmer than the poodle and the goldendoodle), when you come to us. 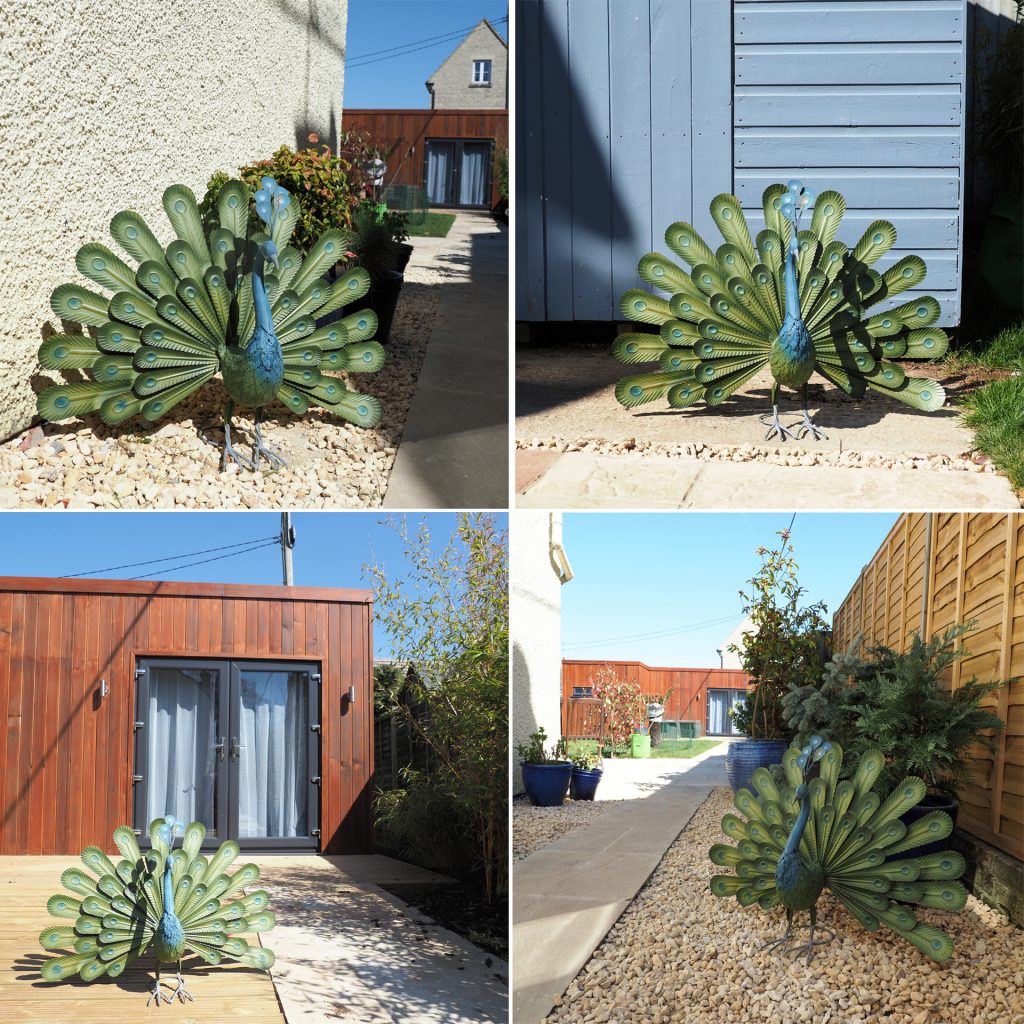 We (and Presley) look forward to seeing you at the studio soon.